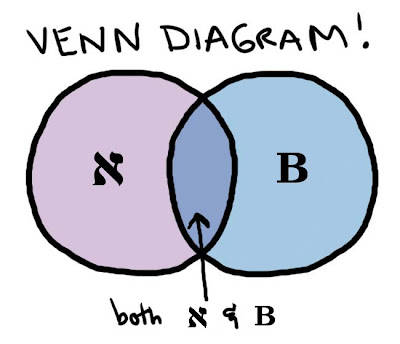 Several new possible homoeoteleuton errors have been found in the WH/UBS text in Luke's Gospel vs. the traditional text:

This brings the total for Luke up to about 30 probable h.t. errors in Aleph/B.

A few comments are in order:

The omission of αυτω/αυτον is so frequent (there are dozens), that omitting this reflexive pronoun may at least in some cases be a deliberate policy.

The two Nomina Sacra blunders are interesting for similar reasons.  The use of the Nomina Sacra obviously invites more errors in copying, and so we must suspect that again at least some of the common omissions of the names "Jesus", "Lord" etc. are not so much from an excising policy as from the copy offering too many opportunities for scribes prone to such errors.  The inconsistent use of the Nomina Sacra over the years also invites more opportunities for a mistake.


11:4 is a weaker example, however this is re-strengthened when we see that the omission is a typical line-length, as is 24:36b.  Also, generally speaking, tired copyists don't need any excuse at all to skip a line, and any similarity would assist in generating the error. 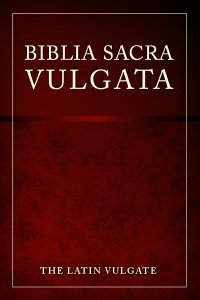 Ron Conte Jr. this summer completed an evaluation of the UBS text and its negative impact on the NV (New Vulgate) Latin edition.   He lists several key points online here:

"I was dismayed and appalled by the decisions of the editors of the Nova Vulgata, especially to abandon the Latin scriptural tradition approved by the Council of Trent, and adopt in its place the critical Greek text of Matthew by the (Protestant) United Bible Societies. The UBS text, and the NV as well, omits over one hundred words from the Gospel, found in the Latin Vulgate, includes at least a couple of whole verses.

See the article for more critical comments about the NV.

Its clear that some honest Roman Catholic scholars at least have noted in detail exactly what is wrong with the UBS text, and the devastating impact on Bible texts and translations it has had for the last 50 years.

Among the many flaws of the UBS text, Conte lists the following homoeoteleuton errors in UBS erroneously followed by the editors of the NV (new Vulgate version):


5:44 - NV omits 'do good to those who hate you', also omits 'and slander you', in accord with UBS, contrary to CV, FS, TR, MT.
12:47 - NV changes 'seeking you' to 'seeking to speak with you', in accord with the Greek.
15:6 - NV omits 'or his mother' and changes 'commandment of God' to 'word of God' in accord with UBS Greek, contrary (on both points) to CV, FS, TR, MT.
15:8 -   Again, it is clear that the NV rephrases the Vulgate to agree with the UBS Greek, even when the TR and MT agree with the Latin. There is a basis in both the Latin and Greek scriptural traditions to retain the Vulgate wording, and yet it is cast aside, making the NV a Latin version of the UBS Greek. The result is not very useful, since if a scholar wants to consult the UBS text, he would certainly prefer to look at the Greek text itself, rather than a Latin rendering of it.

"Also, ...   the NV departs from the Latin scriptural tradition, substituting the Greek wording of the UBS text, so that the decision of Trent on the place that the Latin text has in the Church cannot be applied to the NV."

"The reader may also have noticed by now that the Stuttgart text in Latin does not usually edit the CV to conform to the Greek. Rather, the Stuttgart text (FS) is a moderate edit of the Vulgate. The editors of FS Matthew clearly had in mind to keep to the Latin scriptural tradition, or at least to recapture the essence of Saint Jerome's Latin Vulgate. Their editorial decisions in Matthew have kept the Latin text distinct from the Greek text, like two different co-equal witnesses to the truth of the Gospel. By comparison, the Nova Vulgata has subjugated the Latin scriptural tradition entirely to the Greek, like a slave to a master. The Stuttgart edit is what the Nova Vulgata should have been."

The NV would be no worse in its text if the project had been done by the Protestant scholars at the UBS. In fact, the FS is the work of a group of mostly Protestant scholars at the German Bible Society, and even they have seen fit to retain the CV test of Matthew in the vast majority of cases. So a group of Protestant scholars has created a Latin Bible, the Stuttgart edition of the Vulgate, which retains the Latin scriptural tradition and which generally follows the CV reading. But a group of Catholic monks, at a Benedictine monastery -- a monastery associated in past times with Saint Jerome---, who were given the task of updating the CV, have completely abandoned the Latin scriptural tradition, and have caused the NV to conform slavishly and unthinkingly solely to the Protestant UBS Greek text. If I did not know better, I would conclude that the monks of that monastery were Protestants, and that the editors of the FS were Catholics."

" ...The Greek critical text of the United Bible Societies has the indisputable advantage of making the entire Bible thinner, lighter, and less expensive to publish. But the Latin and the other Greek texts have the advantage of not deleting words from inspired and inerrant Divine Revelation. The reader will have to decide for himself which advantage is to be preferred.
While it is certainly true that we must never add words to Sacred Scripture, we are also morally obligated not to delete words from Sacred Scripture."