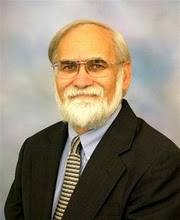 Recently, in discussions of a few key variants at the KJV Debate blog, Dr. Robinson has restated his position on the role of errors in the evolution of the textual variants:

" The further blanket claim that I “ascribe error and scribal slips to all the errors of Aleph & B” is simply incorrect. While I do maintain (on the basis of a careful examination of scribal habits) that scribal error is a primary cause of textual variation, I also clearly presume deliberate alteration and recensional activity to have occurred among the Alexandrian manuscripts (as per my 1993 article, “The Recensional Nature of the Alexandrian Texttype”). The leading principle in this regard is to presume scribal error as an initial factor so long as transcriptional probabilities suggest such, then to presume intentional change at whatever points transcriptional probabilities seem to be transcended for what appear to be stylistic or content-based “improvement” concepts in the eyes of particular scribes.
I trust this will clarify the matter."

A .pdf version of Dr. Robinson's article can be found also here:  The Recensional Nature of the Alexandrian Texttype.
Posted by Nazaroo at 1:42 AM 1 comments 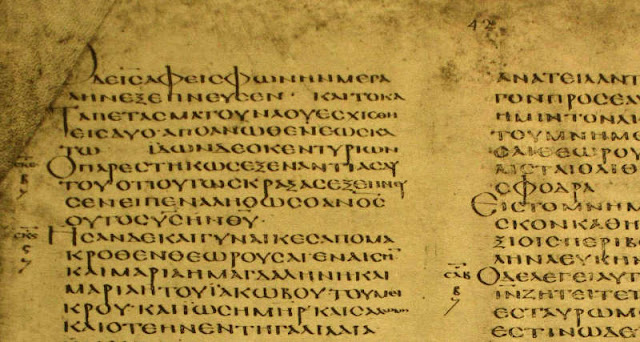 Gardiner originally gave a rather long article in Bibliotheca Sacra Apr 1875, reprinted as a book(let) of about 80 pages, complete with some useful charts showing the overlap for the known Uncials and the various books of the NT.

Beginning at about pg 10, Gardiner discusses homoioteleuton as follows:


"To illustrate these [accidental errors], one or two instances under each head are selected from Mr. Hammond's recent convenient little manual (Outlines of Textual Criticism applied to the New Testament. By C. E. Hammond, M.A. Oxford : Clarendon Press. 1872. From this work much of the present paper has been abridged.)

Under errors of sight belong omissions from what is technically called Homoioteleuton. Thus, in Codex C, the words τουτο δε εστιν το θελημα του πεμψαντος με  are omitted in John 6:39, because the last three words had occurred immediately before, and the eye of the scribe passed on from their first to their second occurrence. This happens especially when the same words occur at the end of consecutive lines.

To the same head belong the many instances, more generally in the uncial MSS., arising from the confusion of similar letters such as Α, Λ, Δ ; or Ε ς, Θ Ο. From this arose the well-known and well-disputed reading in 1 Tim. 3:16. Similar letters or syllables are sometimes omitted and sometimes inserted; thus in Matt. 26:39 for ΠΡΟΣΕΛΘΩΝ Cod. B has ΠΡΟΕΛΘΩΝ, and in Luke 9:49 Cod. H has εκβαλλοντα τα δαιμονια for εκβαλλοντα διαμονια . Letters, too, are sometimes transposed, so that in Acts 13:23 for ΣΠΑΙΝ, Codd. H and L read ΣΠΙΑΝ {σωτηρα Ιησου} . The number of errors from this source is very large, as the margin of any critical edition will readily show."

Gardiner's remarks show once again that 19th century Textual Critics were perfectly able to understand and quite capable of identifying homoeoteleuton errors.

However, they restricted their notice of these to singular readings, and consistently refused to use the evidence of their own eyes to extend these observations, and extrapolate them to the lost exemplars and archetypes of the surviving manuscripts, even when they knew full well that key manuscripts (like א and B) had common ancestors and at least partially shared lines of transmission.

These factors should have alerted them to the high probability that omissions with identical h.t. features shared by such MSS were obviously also earlier h.t. errors, and not to be inserted into reconstructions of the 'original text'.

But this observation would have run counter to the widespread and overriding agenda to 'dethrone the Textus Receptus'. 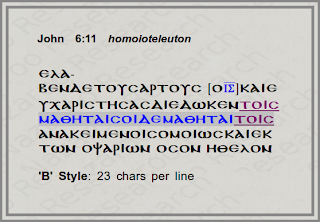 It appears that David Robert Palmer, Bible translator and textual critic, who has provided a complete set of .pdf translations along with the Greek text and an extensive but concise apparatus, has followed with interest our research on homoeoteleuton errors in the popular critical texts such as the UBS text.

He has chosen to include in his apparatus some of our observations regarding h.t. errors, in his latest version of the Greek text of John:


"[to] Steven Avery: when I opened my translation of the gospel of John, I see this:

I apparently already corrected [this] sometime in the past, probably in 2008.  You have an old copy of my work.
Here, get the current one: Greek-English John w Apparatus http://bibletranslation.ws/trans/johnwgrk.pdf    The current one [Greek text of John with apparatus], unlike the copy you have, also has adopted 3 or 4 suggestions from Nazaroo as to instances of homoioteleuton in the NA27 text.  So, your copy is very much out of date.
David Robert Palmer
http://bibletranslation.ws/palmer-translation/

Our thanks to Mr. Palmer, for taking our work into consideration when updating his textual apparatus.

In chapter 5 of Clark's book The Primitive Text.., (1914), he lists many of the singular readings found in Codex Vaticanus (B), which present h.t. features:

"B is written in 3 colums, with 42 lines / page and an average of 16-17 letters/line.  As compared with Aleph, B is a reticent witness.  It is, however, clear that it is derived from an ancestor containing 10-12 letters to the line.

...the following omissions of B, or B-1, against Aleph, may represent lines of the model: 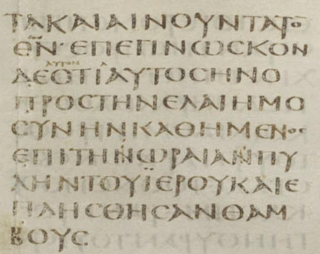 Chapter IV (p. 24 fwd) in A.C. Clark's book, The Primitive Text of the Gospels and Acts (1914) is not only loaded with a startlingly large list of rarely mentioned h.t. errors, (critics who push the WH text rarely call attention to the faults of  /B), but he shows how investigation into the column-width of the master-copy provides additional confirmation and insight into the h.t. process.

"[Sinaiticus] is written in four columns with 48 lines per page and an average of 13-14 letters to the line. [this column-width is important for what follows] ...
The  internal evidence shows that א is derived from an ancestor with an average of 10-12 letters per line.


Sometimes we have multiples of the same unit in immediate proximity, e.g.;

Clark gives over a dozen more examples, all multiples of similar line-lengths:

"There is however, the possibility that there is a larger unit representing an intermediate ancestor.  We must therefore, take into consideration omissions of 14-19 letters.  The cases I have noticed are:

Posted by mr.scrivener at 1:46 PM 0 comments