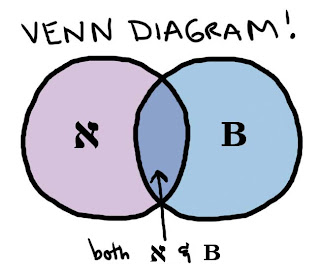 Recently H.A.G.  Houghton in his review, has noted some of the advances found in new literature on scribal habits and the papyri, which we excerpt below:


'The study of scribal habits reflects ongoing interest in individual documents. Recent publications focus on P45, (50) P66, (51) Codex Sinaiticus, (52) the major manuscripts of Revelation, (53) and a detailed survey of six important New Testament papyri. (54) One resulting observation is that material is more commonly omitted than added in extant papyri, reinforcing the fact that the text-critical canon of lectio breuior potior must not be applied indiscriminately. (55)

Although the identification of scribal practice has traditionally proceeded on the basis of 'singular readings' peculiar to a manuscript, the number of genuinely unique readings (not taking into account nonsense forms) is being diminished as more manuscripts are transcribed in full. The current definition adopted for a singular reading as one "which has no Greek support in the critical apparatus of Tischendorf's 8th edition" (56) will have to be reviewed with the publication of the ECM.
A further methodological issue is that, given the gaps in our knowledge of the tradition, the presence of a particular form in the first-hand text of a given manuscript cannot necessarily be ascribed to the copyist's choosing but may have been inherited from the exemplar: the characteristics isolated by the study of singular and sub-singular readings apply not so much to the scribe as to the form of text found in the manuscript. Only the study of corrections and other annotations provides firm evidence for the intervention of individuals. This also poses problems for accounts of theologically-motivated alterations to the biblical text, made popular by Ehrman's The Orthodox Corruption of Scripture.(57)

While certain variants may be interpreted theologically, only if a consistent pattern can be identified within a single manuscript are there grounds for identifying a particular bias – which was most probably not introduced by the copyist but by an editor during the preparation of the text for copying. The claim that "some scribes" modified the text by independently introducing identical variants is implausible (unless the separate emergence of the readings can be demonstrated) and fails to take account of the nature of the copying process.' (58)
50.  J.K. Elliott, "Singular Readings in the Gospel Text of P45," in The Earliest Gospels ed. Charles Horton (JSNTSupp 258, London: T&T Clark, 2004), 122–31.

58.  On this, see especially Ulrich Schmid, "Scribes and Variants – Sociology and Typology" in Textual Variation ed. Houghton and Parker, 1–23, and other papers in the same volume; Michael W. Holmes, Text of P46: Evidence of the Earliest 'Commentary' on Romans?" in New Testament Manuscripts ed. Kraus and Nicklas, 189–206.

Certainly, Hernández (2006), Jongkind (2007), and Royse (2008) have gathered and analyzed a vast amount of detailed data from the papyri, and these three works stand out especially high above their contemporaries,  and must be considered highly recommended reading.    It is hard to see however, what value Bart Ehrman's work can be granted, given his crippling atheistic bias in regard to the Bible text,  - or what little there is remaining that can be milked out of Colwell's acknowledged pioneering (pre 1965), but now hopelessly out of date study.

Better choices for new readers in this field would be probably be Zuntz' study on the Epistles, Sturz' foundational work on The Byzantine text-type, and Dr. Maurice Robinson's valuable article on the same topic.   In regard to key passages of the NT relevant to Textual Criticism, the work of James Snapp Jr. on The Ending of Mark must be considered essential reading to those wishing to avoid confusion and the inevitable disinformation now rampant in the current literature on T.C.

Houghton also notes the findings of Schmidt and Holmes, regarding the unlikelihood of coincidental but identical readings by independent copyists.  But this can be very misleading, as a large number of significant cases of homoeoteleuton involve extensive segments of duplicate strings of letters, allowing sometimes hundreds of different line alignments and 'situations' which would generate identical outcome-texts even though the scribes skipped at different places. (See many of our posts here illustrating this).