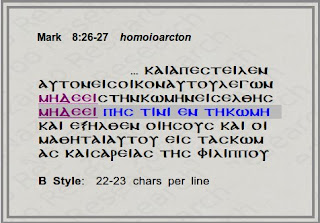 Instead of noting the obvious, modern versions follow their blind guides and the critical text of Westcott/Hort. They mistake the identification of an early intermediary text as the original text. Early intermediary texts by definition and nature must contain errors, and these are often identifiable. When errors can be identified, they should not be adopted as though they were original readings.
Posted by The Dean at 11:30 PM